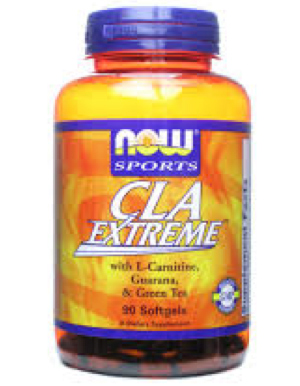 CLA stands for conjugated linoleic acid. It is a naturally occurring trans-fatty acid made from the omega-6 class of essential fatty acids.

Since it is not man-made, you should view it differently from classic “trans-fats,” which are almost certainly bad for your health. On the other hand, CLA may actually be health-promoting, though as I will discuss below, the research is far from conclusive.

CLA is comprised of at least 28 isomers (different structural forms of the same molecule), and certain specific isomers may have different effects on the human body. However, since essentially all of the available CLA supplements contain a mixture of isomers, we will look at CLA as a whole instead of specific isomers.

What Is CLA Supposed To Do?

Supplement companies claim CLA can fight cancer, decrease body fat, increase lean muscle tissue, lessen symptoms of asthma, fight high blood pressure and heart disease, enhance bone density, improve insulin sensitivity, and boost immunity. Based on this marketing, it is easy to see how you may view CLA as a miracle supplement. However, it is smart to look incredulously at these claims and the research is a lot less exciting than the theoretical benefits.

Does Scientific Research Back Up These CLA Supplement Claims?

The short answer is for some, it does. But there is a significant amount of published research that casts serious doubts on its beneficial effects. In fact, some studies even show a harmful effect. I can’t recall ever writing about a supplement with such mixed conclusions.

Body Fat Reduction: I found several studies, which showed significant reductions in fat mass with CLA supplementation. One study looked at over 125 people for 2 years and found that 3.4 grams/day of CLA “reduces [body fat] in overweight humans and may help maintain initial reductions in [body fat] and weight in the long term.” 1

Another study published in the journal Lipids concluded the 4.2 grams/day of CLA “may reduce the proportion of body fat in humans” without affecting body weight.2 You can interpret that conclusion to mean that lean mass must have increased, if body composition improved without weight loss. Another study showed similar results (decreased fat without a change it weight) with a much smaller dose of only 1.8 mg/day.3

While these specific studies show a beneficial effect, the majority of human studies show no effect. In 2004, the Journal of Clinical Nutrition published a review of all of the previous human studies on CLA. The authors noted that only 2 studies showed a significant, though relatively small, reduction in body fat. They concluded that the effect of CLA in humans is much less than what would be expected from mouse studies.4

To make things even less clear, another, more recent analysis of 18 studies, published by the American Society for Clinical Nutrition, demonstrated that 3.2 grams/day of CLA “produces a modest loss in body fat in humans.” 5 Most people who want to lose fat will gladly take a “modest loss” just from taking a supplement.

Effects On Insulin: In rodent studies, CLA appears to have anti-diabetic properties. However, we are not mice, and a number of studies show CLA may promote insulin resistance6 and worsen pre-existing diabetes in humans.7 One study, however, done on young, sedentary humans, found a beneficial effect on insulin sensitivity.8

Effects On Inflammation: CLA is often touted as an antioxidant. However, several studies have shown the opposite effect. One showed that, in addition to reducing insulin sensitivity, CLA increased lipid peroxidation and multiple inflammatory markers in overweight men.9

Another study published in the very well-respected journal Circulation, demonstrated isomer-dependent elevations of C – reactive protein and oxidative stress.10 Since isolated isomers of CLA are not widely available, you should consider any negative effects of any isomer when you make a decision to supplement.

Anti-Cancer Effects: According to the American College of Nutrition, despite evidence CLA has anti-tumor activity in animals, there is not enough evidence to recommend CLA as treatment for cancer or other diseases. In the authors’ words, “Further research with tumor models is needed to test the efficacy and utility of CLA in cancer and other disease prevention and form the basis of evaluating its effect in humans by observational studies and clinical trials.” 11

If you’re thinking that you’re confused, you’re not alone. Depending on how you interpret the research, CLA can either make you lean and strong or give you diabetes and kill you. Hopefully I have shown there is no clear answer. If you do decide to try CLA, I recommend a product made from Tonalin, which is high-quality and reputable source of CLA.

Based on the research, a dose of somewhere around 3-4 grams per day is reasonable. In conclusion, I think there are a number of other fat loss supplements with better risk/benefit ratios, but if you do decide to try it, I would discuss it with a knowledgeable health care professional, and watch your blood sugar, fasting insulin level, and CRP very closely.