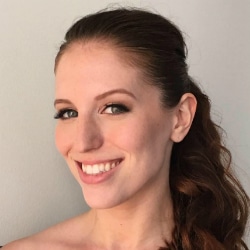 The benefits of eating fish have been a hot topic in the nutrition world over the last few years. And rightfully so!

This article will cover your most pressing questions about Omega-3 fatty acids in fish along with the basic science behind Omega-3’s and why they are important.

Do you eat fish? Check out this chart to find out which fish have the most omega-3s.

What Are Omega-3s & Why Are They Important?

Another polyunsaturated fatty acid to keep on your radar is ?-linolenic acid (ALA), a precursor to omega-3 which is found in vegetarian sources like walnuts and flaxseeds, and which our bodies can use to convert to EPA and DHA.

Though EPA and DHA offer the greatest protective health benefits, all three of these fatty acids impact our health. For example, they are integral to proper cell membrane function and proper fetal development, especially neuronal, retinal, and immune.1

I don’t know about you, but I’m feeling pretty excited about pan-searing some wild-caught salmon right about now.

Omega-6 vs Omega-3: What’s The Difference?

There are two types of essential fatty acids – Omega-6 and Omega-3. While both of these are polyunsaturated fatty acids, they differ in their chemical structure.

Without getting too far into the science, humans require a balanced ratio (ideally 1:1) of these two fatty acids for optimal health and function. However, there are far more foods that contain omega-6s than omega-3s such as nuts, seeds, plant oils (especially refined vegetable oils), poultry, conventionally-raised meat, snack foods, fast foods, and more. Omega-3s, on the other hand, are much harder to come by.

You know eating fish has many health benefits, but how often should you eat them? Let’s tackle this question next.

How Much Fish Should I Eat? 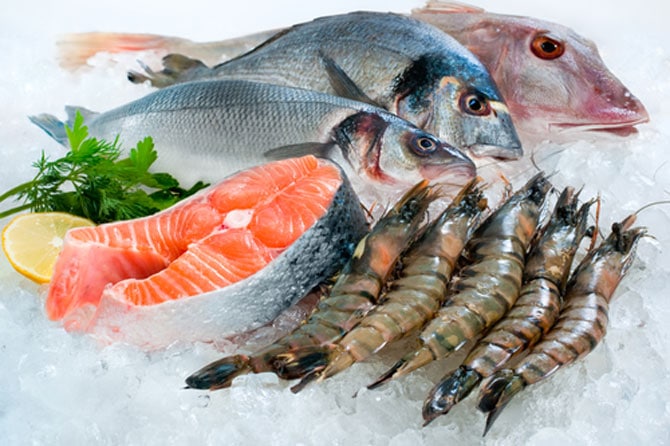 Healthy adults should aim to consume at least 250-500 mg of omega-3 daily to reap the cardioprotective benefits.3 You can accomplish that by eating three 4-ounce portions of fatty fish per week (or a total of 12-ounces of fish weekly). Aim to eat an assortment of fish to get the most nutritional variety. Use the chart above to help you choose.

What about farmed versus wild fish? It turns out that it may not be as big an issue as once thought.

A Case For Farmed Fish 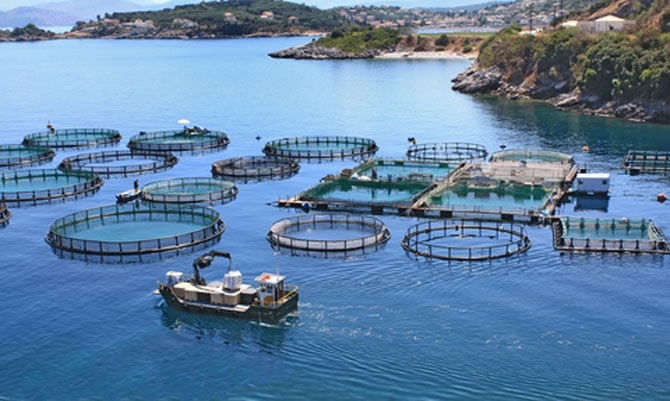 In the past, experts have raised concerns about farm-raised fish due to unnatural diets and small spaces, which can catalyze the spread of disease among the fish and result in reliance on antibiotics to keep the fish “healthy”. However, fish farming practices have significantly improved due to eco-friendly approaches.

As long as the fish are raised under appropriate conditions, their nutritional content should be as beneficial as that of wild fish.

A Case For Wild Fish

Even under the most eco-friendly conditions, farmed fish are typically fed an unnatural diet of vegetable-based feed (mostly comprised of soy and corn), growth hormones, and antibiotics, all of which are not normally found in oceans or lakes. Additionally, they are often raised in small, over-packed tanks, which can increase the likelihood if fish parasites and disease.

The outbreak of parasites and disease, and the use of antibiotics and hormones, can affect the ecosystem outside of the tanks as well. This is less than ideal for our lakes and oceans.

To get the most health-promoting benefits of fish while also supporting the environment, you should consider eating a mix of farmed and wild seafood. To find the best farmed- and wild-fish options, check out the Monterey Bay Aquarium’s Seafood Watch site, or download their app for easy reference when shopping.

Should I Just Take A Supplement Instead? 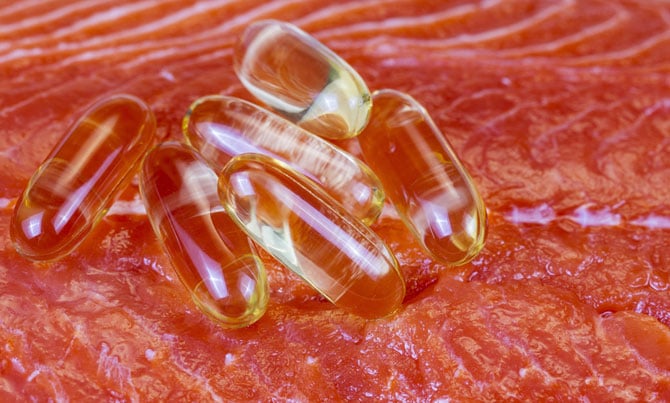 What if I don’t want to eat fish? Can I just take an omega-3 supplement instead?
As mentioned earlier, healthy adults should aim to get between 250-500mg of omega-3s daily. The benefit of hitting this target by eating fish is that you get the added benefits of vitamin-D3, selenium, and other antioxidants from the fish as well. These nutrients help your body optimally digest and absorb omega-3s.

But studies have shown that taking fish oil capsules may be equally cardioprotective, and is a suitable alternative to eating fish.5

Before you invest in an omega-3 supplement, you’ll want to research the cleanest, purest sources of omega-3 that contain little to no added ingredients. Look for a brand that has been third-party tested to ensure its quality and purity.

Always consult with your primary care physician before taking any new supplements.

Should I Be Concerned About Mercury Levels In Fish?

While fish is an excellent source of omega-3 fatty acids, it also has mercury in it. Should you limit your fish consumption in order to decrease your mercury exposure?

Reducing fish consumption may not actually be necessary, or even the best option for you. Here’s why:

Fish also contains selenium, and selenium counteracts the adverse effects of mercury exposure.6 When considering which fish to eat, the ratio of selenium to mercury is actually be a more valuable indicator of safety.7 Opt for fish that has more selenium than mercury, which the vast majority do. The fish types you’ll want to avoid (or eat sparingly) because they contain more mercury are: pilot whale, shark, tilefish, king mackerel, and swordfish.

If you’re still concerned about mercury in fish, know that the amount of mercury in a fish is influenced by the fish’s size and eating habits: the more fish it consumes, the more mercury it can accumulate. For this reason, large top-predator fish, such as shark and swordfish have higher levels of mercury. Sardines and herring, on the other hand, are small and therefore contain much less mercury. Also, fresh water fish might have less selenium than ocean fish.

How Do I Know If I’m Omega-3 Deficient?

If you’re an adult, the most easily notable side effects of omega-3 deficiency include dry skin, areas of tiny rough bumps (typically on the back of the arms), dry hair and scalp as well as fraying or brittle nails. Deficiency in Omega-3’s can be responsible for abnormalities in the development and function of the nervous system as well as immune defects. But don’t let this scare you! These issues are relatively easy to keep in check and reverse.

If you suspect an omega-3 deficiency, talk to your primary care physician and consider getting a blood test to find out for sure. 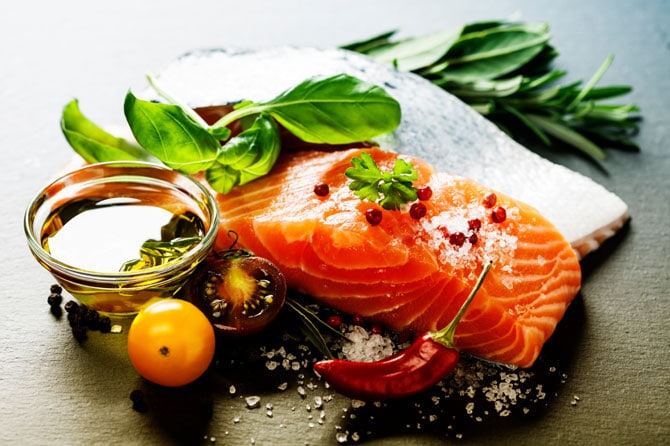 Aside from plethora of healthy benefits, the addition of well-prepared fish to your diet can be such a treat. The rich flavors, meaty textures and dozens of cooking options puts fish on the top of the list for healthy foods to embrace. For a delicious low-carb, high-protein meal, try this Salmon & Avocado Zucchini Noodle recipe, or for a great lunch option try this Mayo-Free Tuna Salad. Keep in mind the good you are doing your body while enjoying your omega-3 rich meal and you have it made.