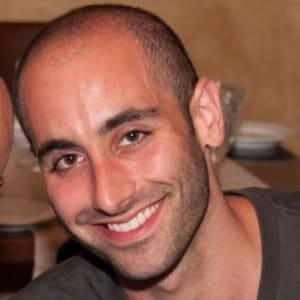 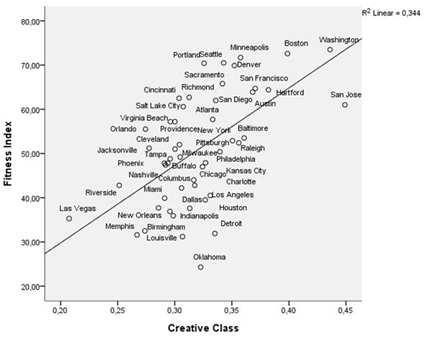 It seems like every day you hear about studies “proving” that one food causes cancer, another causes heart disease, and a magical supplement will help you live forever.

The media loves to report sensationalized stories about the dangers and benefits of everything from coffee to red meat to multivitamins. And you can’t blame them! These are the types of stories that get the eyeballs and the Facebook “likes.”

Unfortunately, these are also the types of stories that are easily misrepresented and misinterpreted. But how can someone without a background in statistics possibly figure out what’s real and what isn’t?

With this knowledge and a little practice, you’ll have the ability to interpret research for yourself and come to your own conclusions. It’s time to take back the power and make your own fitness decisions!

Why You Can’t Trust Observational Studies

Cohort studies look at groups of people, called populations, over a period of time. By tracking these populations (sometimes numbering in the 100,000s!), researchers try to determine the way certain factors (like food) affect certain outcomes (like cancer).

Unfortunately, observational studies are only able to measure correlation, not causation. One of the basic tenets of statistics is that “correlation does not imply causation.” This is a fancy way of saying that even though two things happen at the same time (correlation) it doesn’t mean that one thing caused the other thing to happen (causation).

For example: Are some people healthy because they take multivitamins or are healthy people the ones who already tend to take multivitamins? Think about that for a second… (Surveys of supplement takers suggest that the latter case is true.)

By their very design, observational studies simply can’t provide evidence to determine cause and effect. This means that you absolutely should not use these studies to make any changes to your lifestyle and behavior – that’s what randomized controlled trials are for.

The randomized controlled trial (RCT) is the cornerstone of evidence-based fitness. Used to test the effectiveness of a treatment or intervention within a population, unlike observational studies which find correlations, these trials find causations. If you want to make an educated lifestyle change, RCTs are the way to go. They are known as the “gold standard” of research.

Randomized controlled trials begin with a hypothesis and a bunch of people (or sometimes mice). The subjects are randomly separated into groups (hence randomized). Typically, one group is given a treatment like a supplement, a type of diet, or an exercise protocol, while another group serves as a “control.” Control groups don’t receive any real treatment – they’re used as an objective comparison to see whether the treatment actually had an effect on the group being tested.

A word of warning: Industry-funded research is notorious for providing really positive and impressive results. Studies done by drug companies and supplement manufacturers can be cleverly designed to elicit favorable results while unsuccessful trials often go unpublished. Take industry-funded results with a grain of salt and always look for independent research for verification. Always check the “Conflicts of Interest” section first before you jump into the details of the paper.

Another word of warning: Mice are not little men. Studies done on mice often show really promising results, but more often than not, the treatments don’t show the same impressive results in people. You should also take rodent studies with a grain of salt and always look for human research for verification.

Say you’re testing a new weight loss pill. You give the pill to 1,000 obese people and all 1,000 people each lose 2 lbs. These subjects began the study at a hefty 300 lbs. and ended the study at a “trim” 298 lbs. You can be pretty sure that these results are statistically significant: the pill almost definitely caused the weight loss.

By far, the single most misleading research statistic presented by the media is relative risk. This statistic is used both in observational studies and RCTs. It is a measure of how harmful or helpful something might be.

When you hear in the news that eating red meat causes a 50% increase in heart attack risk, what are you supposed to do? You’re obviously supposed to throw away all of the meat in your fridge, become a strict vegetarian, and be happy that you figured out how to live forever, right?1

The 50% figure that’s quoted in the news is almost always a number called relative risk. Relative risk is the rate of some outcome in the intervention group relative to the rate of that outcome in a different group. Take the red meat example. Researchers want to see if people who eat meat have more fatal heart attacks than people who don’t eat meat, so they set up a huge observational study involving 200,000 meat eaters and non-meat eaters over the course of 10 years.

They find that 6 out of 1,000 people (0.6%) in the meat group died from a heart attack while 4 out of 1,000 people (0.4%) in the no-meat group died from a heart attack. 6 deaths is a 50% increase over 4 deaths. The next morning’s headlines read “Red Meat Kills! Study Finds 50% Increase in Heart Attack Deaths Caused by Red Meat!” However, by now you should know that observational studies can’t actually tell you if one thing “caused” another thing.

This brings us to a statistic that’s far more important than relative risk: absolute risk. Absolute risk is the difference in the rates of an outcome between the intervention group and another group. This metric is also used in both observational studies and RCTs. In the hypothetical red meat study, 0.6% of people who ate meat died from a heart attack, while 0.4% of people who didn’t eat meat died from a heart attack. This is an increase in absolute risk of 0.2%; 0.6% – 0.4% = 0.2%.

In other words, by eating meat, you don’t have a 50% increase in risk of dying from a heart attack, you really only have a 0.2% increase! Does 0.2% seem clinically significant? Probably not. A good benchmark for clinical significance might be 5-10%. If 8% of the meat group died and only 0.4% in the no-meat group died, then you may have something to worry about!

Understanding fitness research can be difficult. It takes a lot of practice to be able to sift through all the hype, smoke, and mirrors and drill down into what the studies actually show. Does the research demonstrate causation or just correlation? Is the source reliable? Are the results statistically and clinically significant? Does the study have real world implications?

Here are the most important things to keep in mind:

Nothing is more rewarding than using your own brain to come to your own conclusions to make decisions which can change your own life. The next time someone says to you, “They say you shouldn’t drink more than 1 cup of coffee per week,” you can confidently reply, “Show me the research.”