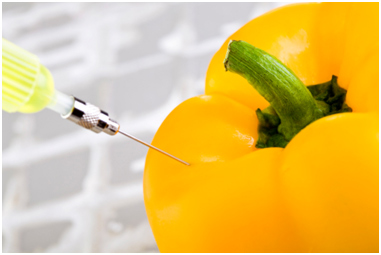 Did you know the cotton shirt you’re wearing is probably made of genetically modified material?

In fact, much of what we buy in America, whether it’s food or clothes, is genetically modified in some way.

The World Health Organization defines genetically modified organisms (GMOs) as, “organisms (i.e. plants, animals or microorganisms) in which the genetic material (DNA) has been altered in a way that does not occur naturally by mating and/or natural recombination”.

While it is not required to label GMOs in the U.S. and Canada, there are substantial restrictions, and even outright bans, on GMOs in 50 other countries, such as France, Spain, and the UK.1

However, Whole Foods Market is expected start labeling GMOs in the U.S. soon. The organic grocery chains’ locations in Britain already provide GMO labeled products, as required by the European Union. GMOs include any animal or plant with artificially transferred genes from an unrelated animal or plant.2 3

Here are the top 7 most common GMO foods:

Around 85% of our country’s corn is genetically modified. Even Whole Foods’ 356 brand of corn flakes was found to contain genetically modified corn. Many producers modify corn, soy, and canola so they are herbicide-tolerant. They also use the herbicide glyphosate on the crops to kill weeds.

It is the most heavily genetically modified food in the country. The largest U.S. producer of hybrid seeds for agriculture, Pioneer Hi-Bred International, created a genetically engineered soybean, which was approved in 2010. It is modified to have a high level of oleic acid, which is naturally found in olive oil. It’s a monounsaturated omega-9 fatty acid, said to lower bad cholesterol and increase the good. 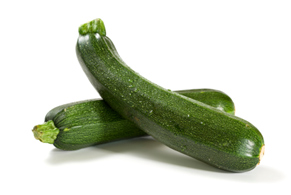 Numbers of this GMO veggie are relatively small, but genetically modified yellow squash and zucchini can be found in two different species in the U.S. The species contain protein genes that protect against viruses. Just like their other GMO counterparts, you won’t be able to tell a difference between Non-GMO and GMO zucchini or squash.

Genetically engineered alfalfa was approved in 2011, and consists of a gene that makes it resistant to the herbicide Roundup, allowing farmers to spray the chemical without hurting the alfalfa.4

Its genetically engineered form was approved in 1996, and around 90% of the U.S. and Canada’s canola crops are genetically modified. 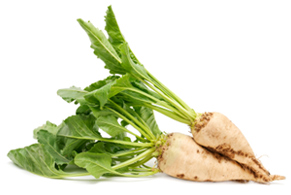 Approved by the USDA in 2005, genetically modified sugar beets make up half of the U.S. sugar production, and 95 percent of the country’s sugar beet market.

To increase the quantity of milk produced, cows are often given rBGH (recombinant bovine growth hormone)5, which is also banned in the European Union, as well as in Japan, Canada, New Zealand, and Australia.

Do GMO Apples Give Us A Glimpse Of The Future?6

GMO apples are currently under review by the USDA, and have been since 2010, when the company Okaganan Specialty Fruits, Inc., developed apple varieties that don’t turn brown for an entire two weeks after slicing.

Polyphenol oxidase (PPO) is an enzyme that causes the browning of Golden Delicious and Granny Smith apples, and scientists are now able to de-activate the gene. Some studies do show stripping fruits of PPO can impact a plant’s susceptibility to diseases. The creators say they simply want people to eat more apples and while activating this gene slows the process of browning, it’s still a natural process.

It’s clear other parts of the world view GMOs as health threats, but it’s still an ongoing debate here in America. While some animal toxicity studies with specific genetically modified foods have revealed that they may negatively affect our organs and systems, it seems there will be years ahead of continued research of animals and clinical trials.

For now, GMOs have been deemed safe by organizations like the Food and Drug Administration and the U.S. Department of Agriculture, which regulates GMO ingredients, to ensure they are safe to eat.7 8

What do you think – Are GMO foods harmful? Should they be banned?