5 Health Benefits Of Tea (& Which Are Best To Drink) 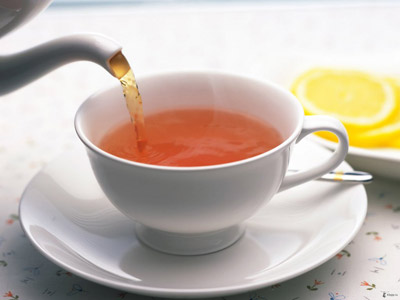 While getting, or staying fit, it might seem strange, but there is one aspect of calories that people tend to completely forget. A sneaky perpetrator to an otherwise healthy diet is “liquid calories”.

If you’re eating healthy all day, but slugging a juice or soda with every meal, you can cost yourself an extra 500-800 empty calories that are usually laden with artificial sugars and sweeteners.

If you’re now thinking, great, all I can drink on a diet is water, water, water… (which, although very important, can get slightly boring), hold on one second. While water should be your main beverage, you do have another great option: tea offers many health benefits and a tasty way to hydrate without slurping down extra calories.

An aromatic beverage prepared by pouring boiling hot water over cured leaves of the Camellia sinensis plant, tea is a great supplement to water because it offers a wide range of health benefits and is considered one of the healthiest beverages in the world. Second to water, tea is the most widely consumed beverage in the world and has recently been gaining popularity stateside.

Served in several ways, such as in tea bags, loose leaf tea, bottled and canned tea, and compressed tea, food and drink in their most natural forms are generally best, so loose leaf and tea bags should be your primary go-to for tea.

1. Tea Is Loaded With Antioxidants 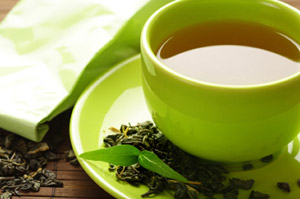 Tea is loaded with phytonutrients such as antioxidants (natural plant based biochemicals that prevent oxidation or “rusting” of living tissues). Antioxidants in black and green tea, called flavonoids, may help to maintain healthy cells and tissues as well as contribute to healthy cardiovascular function.

Tea can also help strengthen your immune system because it can help your body if it needs to defend against bacteria, free radicals, viruses, and fungi. A study by Harvard Medical School found that people who drank five cups of a tea were able to beat a cold five times faster than coffee drinkers.

Millions of people “watch what they eat” every day, but ruin otherwise healthy diets with sodas, loaded coffees, juices, shakes, smoothies, and energy drinks. Naturally calorie free, tea gives you your flavor fix without costing you anything calorie-wise.

Research indicates that catechins1 (a flavan-3-ol, a type of natural phenol and antioxidant) and EGCG (a type of catechin), which are found in green tea, may trigger weight loss by stimulating the body to burn calories and decreasing body fat. Catechins have known anti-inflammatory and neuro-protective properties that can also help to regulate food intake.2

In a recent study, thirty-eight healthy Japanese men were divided into two groups and fed the same diet. One group consumed a bottle of tea containing 690 mg catechin antioxidants per day. After 12 weeks, body weight, BMI, waist circumference, body fat mass, and subcutaneous fat area were significantly lower in the green tea extract group than in the control group.

3. Tea May Help Increase Your Metabolism

Drinking green tea or oolong tea offers the combined benefits of caffeine and catechins, which might rev up the metabolism for a couple hours. Research suggests that drinking two to four cups of either tea may push the body to burn 17% more calories than normal during moderately intense exercise for a short period of time. According to a researcher at University of Geneva, Switzerland “green tea has thermogenic properties and promotes fat oxidation beyond that explained by its caffeine content.” While this isn’t a sure thing, it certainly can’t hurt to give it a try!

As described in point #1, tea is rich in antioxidants and other phytonutrients which have widespread health benefits. One study shows that 800 elderly Dutch men consuming 3.4 cups of tea per day decreased their risk of death from coronary heart disease by 58 percent compared to those who consumed lesser amounts of the flavonoid rich food and drink.

These flavonoids in tea may also decrease the tendency of platelets to stick together that cause heart disease and stroke. Studies suggest that both black and green tea may help prevent or delay the formation of tumors-specifically in the skin, lung, esophagus, stomach, and colon. Green tea, the most popular consumed tea, has cancer inhibiting components. Specific studies have shown green tea to reduce the risk of skin, breast, lung, colon, esophageal and bladder cancer.

In earlier studies, researchers from the Harvard Boston Area Health Study claim that men and women who consume one or more cups of green tea per day in the previous year have a 44 percent lower risk of heart attack than those who drink no tea. Other studies indicate that regular drinking of green tea or oolong tea may reduce the risk of developing high blood pressure despite the caffeine, especially when the tea is consumed with meals rather than on an empty stomach.

5. Tea Comes In Many Varieties 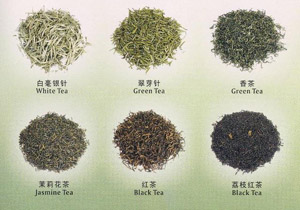 White tea – The least processed tea and has the highest antioxidant levels, protects against cancer, heart disease, and stroke, strengthens the circulatory and immune systems as well as bones and teeth, and builds healthy skin

Red tea – Contains magnesium, which is necessary for a healthy nervous system, increases the absorption of iron in the body, contains potassium and copper minerals that are necessary for several metabolic functions, helps nervous tension and mild depression as it makes a relaxing sedative

Ready To Give Tea A Try?

Caffeine alone has an impact on health and performance and there are many forms in which to consume caffeine. However, tea is one of the most versatile beverages that contains caffeine (typical cup containing about 10-60 mg of caffeine) without the addition of any extra calories.

You can drink it both hot (winter) and cold (summer) to reap all of its amazing health benefits. Anytime you can substitute a beverage that contains life-enhancing health benefits for a sugar loaded juice, pop, or sports drink, is a great decision.

If you give tea a try and find a variety that you love, we hope you’ll let us, and all the other BuiltLean readers, know!