Top 3 Hunger Hormones (& How To Control Them) 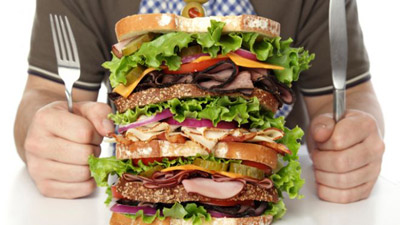 Hunger is the quintessential reason why willpower is often “not enough” and tends to be the ultimate factor when people give up on diets.

Most physiology behind hunger, and how your body fights to keep the fat you have, has been around for less than 20 years.

Hunger Hormones & How They Affect You

There are multiple hormones that influence hunger in one way or another with about 15 playing a role in your overall hunger levels. For this article, we will focus on the 3 major players: Leptin, Ghrelin, and Neuropeptide Y (NPY). These 3 hormones are the major players when it comes to long and short-term hunger levels.

Leptin likes to keep the amount of fat you have at a constant level. As such, we’ll give Leptin the nickname, “Leveling Leptin” and say that it likes to act as a thermostat with regards to your body fat.

Leveling Leptin is primarily released from your fat cells and acts on your brain to tell your body how many calories you’re taking in. When the amount of calories you’re eating equals the amount of calories you’re burning, leptin stays at a constant level and “fullness signals” tell your brain not to overeat or under-eat. When you go on a diet, especially a crash diet, leptin levels will drop and the “fullness” signal does not get to your brain as strong or as often. This causes an increase in hunger, as “Leveling Leptin” tries to save you from starvation, or your body’s perceived starvation.1 2

Leptin in essence is trying to save your life, which, a couple of hundred years ago, was essential for survival. But, in today’s society with more than enough food, what you get is an increased desire to eat. How well you deal with these lower leptin levels and concurrent higher hunger signal can often have a huge impact on how effectively you keep the weight off in the long-run. In addition to hunger, Leptin also has a powerful effect on your overall metabolism, exerting effect on your thyroid hormones. Leptin influences both the total amount of thyroid hormone released and how effectively you convert inactive T4 to the active T3.3

Besides the overall amount of leptin given off by fat cells, how well your brain reacts to the leptin signals (leptin sensitivity) plays an important factor in overall body fat levels and obesity. For example, both Insulin and Leptin tend to be released during a high-carbohydrate meal. Both of these hormones in unison help to shuttle the glucose in your blood into either fat or muscle cells (insulin), while leptin tells your brain that you’re full and you don’t need to eat more.4

When your cells are not reacting to the signals being sent, then you are said to have some sort of resistance. When someone has insulin and leptin resistance (as they tend to go hand and hand) it means your cells do not react appropriately to the signals being sent. Therefore, both glucose and insulin stay in your blood longer, blunting fat loss. Leptin, meanwhile, is not getting to your brain causing its “fullness signal” not to be heard, putting you into a potential vicious cycle of hunger and over-eating.

I first heard of Ghrelin during a presentation by Dr. Len Kravitz where he described this hormone as being elevated every time you’re hungry. As such, the nickname he used and that I’ll use in this article is “Growling Ghrelin.” Growling Ghrelin is an appetite-inducing hormone and when its levels are high, you crave something sweet, which after you eat will help lower your “Growling Ghrelin” levels. Ghrelin levels are high before a meal and drop after a meal.5

As powerful as growling ghrelin is on appetite, NPY may be even stronger. For example, rats given an injection of NPY will crave sugar water over sex. The primary trigger for its release is calorie restriction and, specifically, low leptin levels. If you’ve ever seen someone eat a massive amount of food at one sitting, it was probably due to NPY’s effects, as NPY’s primary job is to delay the feeling of fullness throughout a meal. In other words, high NPY levels will decrease the feeling of fullness from a meal. In addition to appetite-inducing reactions in the body, NPY also has nutrient partitioning effects which tells your body where and how to store extra calories as either fat or muscle. Basically high levels of NPY will not only cause you to be less full from the meals you eat, but the calories you eat will be preferentially stored as fat. Leptin helps to inhibit the firing of NPY, shutting off the signal to eat.6

Leveling Leptin tells your body that it’s full and when it’s high you feel full and satisfied from eating. When you have Leptin resistance, your body is not accurately reading those signals of fullness causing you to be hungrier, more often.

Growling Ghrelin and NPY both increase appetite and when they are chronically high, you have an increased appetite, crave sweets, tend to eat more at meals, and have an increased risk of storing the calories you eat as fat.

There are three main triggers that throw these hunger hormones out of whack and make it that much harder to stick to a healthy eating plan.

The first and one of the most powerful triggers is a lack of sleep. There is very solid research on lack of sleep playing a huge role in your appetite:

A – Those getting a habitual 5 hours of sleep per night had 15.5% lower leptin level, while ghrelin increased by 14.9% compared to those getting 8 hours a night.7

B – After two days of sleep deprivation, men had a 45% increase for high carbohydrate foods.8

C – After 6 nights of sleep restriction, the rate of glucose from a glucose tolerance test was 40 percent slower. This means that sleep deprivation induces insulin resistance and as stated above, insulin and leptin resistance tend to go together and are predictors of obesity.9

D – Those getting 5 hours and 15 minutes of sleep had a slower basal metabolism (by 114 calories per day), while losing about 2 pounds more muscle compared to those who had 7 hours and 25 minutes of sleep over 14 days.10 Remember, NPY has strong nutrient-partitioning effect and influence where those extra calories are stored.

In other words, lack of sleep induces muscle loss, slows your metabolism, increases your cravings for sweets, causes resistance in regards to insulin (and probably leptin), and increases your hunger hormones, while decreasing your fullness signals. If you feel like you’re always hungry, it might be time to get a little more shut eye.

Stress increases the release of cortisol while increasing inflammation throughout the body. These things, over-time, can lead to an increased risk of leptin-resistance. In addition to that, CRH (released during stress) also stimulates NPY’s release. This release causes an increase nutrient partitioning to fat as opposed to muscle; this increase also causes the fullness signals to be delayed during eating. CRH also stimulates special neurons in the brain (Hypocretin Neurons) that increase excitability and generally cause issues with sleep causing a cycle of broken sleep and increased NPY. 5

Last but not least with this trio is basic crash dieting or fasting. If you’ve ever experienced a yo-yo effect with your weight or have ever tried a crash diet only to re-gain all or most of the weight back, the imbalance between these hormones probably played a key role. For example, researchers had 50 overweight and obese participants go on a very-low calorie diet (an average of 550 calories per day) for 10 weeks. During this time, the average weight loss was 30 pounds, with most keeping off 18 of those pounds after a year. What the study showed though, was that leptin levels were 35% lower than would be predicted, while ghrelin levels were higher than predicted. This means that although the participants were able to keep the weight off, they were also hungrier more often and had a greater desire to eat, a year after the diet – and this was with diet coaching and counseling.10

While the hormones that effect and control your hunger are numerous and complex, the three I’ve just discussed are keys to beginning to unravel this complicated system. There are many factors at play, beyond just your determination or plan to diet, and they are factors that many forget at times to even count as at play when they are frustrated about dieting.

Understanding why your body wants you to store fat – and why it will “tell” you to eat more or more often is one thing, but managing your hunger is a whole other beast that I plan to tackle in an article coming soon about key ways to control hunger.