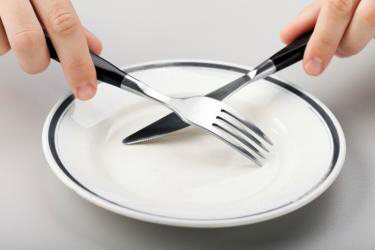 We’ve been told again and again that “grazing” (consuming 6-8 small meals per day) is the best way to eat. But is it really?

Intermittent fasting is a way of eating, or rather a lifestyle, which is the antithesis of grazing, and is currently being touted by nutritionists far and wide as the optimal method of eating.

It’s hard to decide how and when to eat if the nutrition world is spouting a million different ideologies. This article lays out exactly just what intermittent fasting is, how you can do it, and what you can expect to gain.

Which Type of Intermittent Fasting Is Best?

Although there are an infinite number of variations, a few major intermittent fasting protocols rise to the top of internet-based searches.

Intermittent Fasting: Every Other Day

EOD is relatively self-explanatory: you don’t eat anything every other day; on the days you do eat, you eat as much as you want.

On an EOD fasting protocol, even when instructed to eat twice as much on fasting days, people can rarely do it. So, this leads to a weight loss profile that somewhat humorously looks like this: 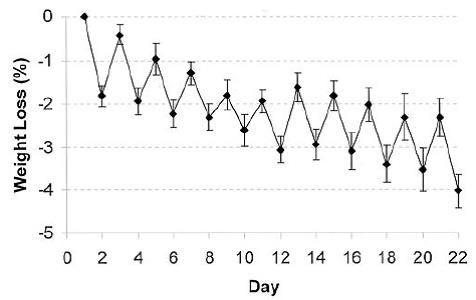 In the study from which that figure was taken 1, they allowed participants to drink diet soda, coffee, tea, and to chew all the sugar-free gum they wanted on fasting days. With this, they fared pretty well: of the 3 pounds they lost over the course of 3 weeks, 57% of it was body fat (not bad, but not great).

Under a more controlled setting, where people were forced to eat enough to maintain their body weight, the results are less promising. In one study like this, EOD fasting led to no changes in body weight or body fat 2.

So, should you try the EOD fasting?

In the real world, where you are not forced to eat enough to maintain body weight, you might lose fat on EOD… but this isn’t due to anything magical – you simply aren’t hungry enough to eat double every other day.

On the Warrior Diet, you don’t eat all day until late afternoon, then eat until contentment over the course of about 4 hours.

The major difference between this and the EOD method is the amount of time between meals. On EOD, you stop eating after dinner on day 1 until breakfast on day 3; roughly 36 hours. On the Warrior diet, you stop eating after dinner on day 1 until the start of dinner on day 2; roughly 20 hours. Leangains cuts this down to 16 hours of fasting with an 8 hour eating window. And just for reference, on a standard 3 square meals per day plan, the longest amount of time you go without food is overnight; about 10-12 hours.

The 1 meal per day plan (Warrior Diet) is somewhat more practical and the results are much better 3: people who went from 3 meals per day down to 1 lost over 4 pounds of fat but gained almost 2 pounds of muscle over the course of 3 weeks, meaning that their body fat percentage declined by over 10%. And that was without exercise!

So, should you try the Warrior Diet?

Without restricting overall food intake, people on the Warrior diet lost fat and gained muscle, a considerable improvement over EOD.

One variation on these protocols is “Eat Stop Eat,” and a similar version known as “Alternate day fasting (ADF)” that has actually been clinically tested. On Eat Stop Eat, you do the Warrior diet twice per week, while on ADF, you do it every other day.

In one study, people were told to eat one small meal on day 1 (75% less than usual), and 3 large meals on day 2 (25% more than usual) for 8 weeks. It was designed to be a weight loss diet, and it worked regardless of whether people ate low fat or high fat (low carb) diets 4: 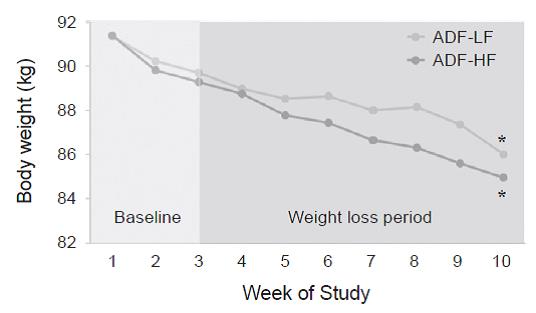 But the most interesting finding is these people lost about 15 pounds, and over 75% of it was body fat. They also gained about a pound of muscle.

So, should you try Alternate Day Fasting?

As somewhat of a compromise between EOD fasting and the Warrior diet, ADF will probably give you the best results with regard to body composition.

Which Intermittent Fasting Protocol Will You Try?

From these few studies, we can learn a few things:

While they represent the furthest possible deviation from “grazing,” intermittent fasting protocols are safe and effective at least up to 8 weeks. However, there simply aren’t enough data from clinical trials to draw more firm conclusions. Intermittent fasting can be a helpful method to get lean, but it’s not the only option, and it is definitely not for everyone.5

If you decide to give one of these diets a try, let us know how it goes! We’d love to see you post your protocol, results, and anything else you learned from it!