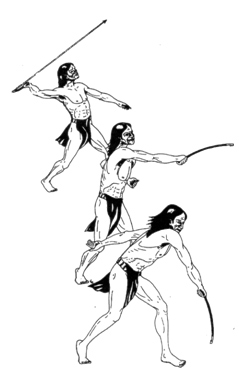 If you were alive 5,000 years ago, what do you think you would look like?

My guess is that you would be lean, strong and fit, with a well proportioned body. And the best part is you wouldn’t have to step foot into a gym and “workout” to get these impressive results.

You would likely be walking over 5 miles per day, sprinting to chase animals you would eat, cutting down trees, lifting logs, building shelter, all of which would require you to use your entire body.

This primal model of optimal human health and fitness is very different from the typical gym-goer who has a sedentary lifestyle and may barely move his, or her, body in the ways that nature intended during exercises. As an extreme example, think about that guy who has arms 2x bigger than his calves from doing arm exercises all the time, or the cyclist who does nothing else but cycle, or the runner who only runs.

Our bodies are an amazingly complex web of interconnected muscles, joints, fascia, ligaments, tendons, bones, and other tissues and organs that work synchronously and seamlessly. When we are lean and fit, every cubic centimeter of our bodies has a purpose, a function to help us survive and thrive.

So, if the body is this interconnected web that’s really more like one unit, one muscle, why would we focus on only one muscle group during a workout or one type of exercise activity? The idea of focusing on only one muscle group in a workout is definitely not efficient, nor is it athletic. At BuiltLean, we believe you should focus on movement patterns, not muscle groups, when exercising to develop a functionally strong body. At its core, exercise is all about movement.

We’re laying out the 7 basic, primal movement patterns you should use at least once per week and that form the foundation of the workouts & exercise programs we develop. These movement patterns were crystallized by exercise expert and physiologist Paul Check.1 For more information on our workout guidelines, see: BuiltLean Workout Guidelines To Lose Fat, Not Muscle. 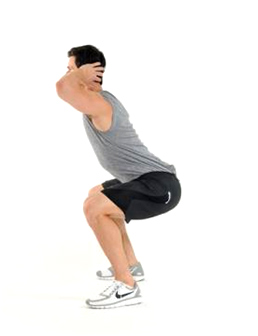 A squat is a movement pattern where you plant both feet on the ground, then bend your legs to lower your body down while keeping your chest up and lower back straight. We use squats in our daily life such as squatting in and out of a chair. As we age, an inability to squat can very negatively affect our quality of life.

As an exercise, you can provide resistance to a squat from the front of your body (like holding a dumbbell, called a goblet squat), on your back with a barbell, from the sides holding dumbbells, or on the entire upper body by wearing a weighted vest. With each method of resistance, the lower back and abs must contract to keep the body upright as the body is lowered down. The most common reason why people have trouble squatting is because of tight hip flexors or tight calves.

For more detailed information on the squat, check out these three articles:

A lunge is single leg exercise movement that requires one leg to step forward and bend while the other leg remains stationary. Throwing a spear, carrying water while stepping over a log, or in modern sports, lunging forward to catch a ball requires balance, strength, and flexibility. The lunge is a dynamic exercise because you can lunge in any direction with both legs forwards, backwards, and sideways. To add resistance, you can hold a medicine ball, dumbbells, barbells, or even a sandbag on one shoulder to help engage the core to a greater degree.

A pushing exercise requires pushing external weight away from your body, or your center of mass away from the ground, like in a push up. Pushing yourself off the ground to get up, or pushing a toolbox overhead to put it away in a cabinet, are both pushing movements used in our daily life.

There are two primary types of pushing movements (1) vertical push and (2) horizontal push.2 A vertical push is a DB shoulder press where you press a dumbbell vertically over your head. A horizontal push is pushing a weight away from your horizontally, like in a DB Chest Press as you lay back on a bench. A vertical press tends to emphasize your shoulder muscles while engaging the back of the arms (triceps) while a horizontal press emphasizes the chest, while engaging the shoulders and the back of the arms.

A pulling motion is the opposite of a pushing motion, in that you are pulling a weight towards your body, or pulling your center of mass toward an object, like in a pull up. From pulling down a branch to reaching for an apple, to starting that old boat motor, pulling is a movement we use our daily lives. 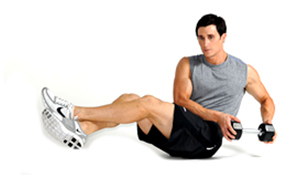 Of all the exercises listed so far, they are completed in two planes of movement, either forward, or to the side (saggital and frontal planes). But there is a third plane of motion which makes exercise much more functional – the transverse plane, or twisting motion.

If you think about lunging down and reaching across your body, or throwing a ball, running, or even walking, most human movement has some element of a rotation involved. The problem, however, is that most exercises we do in the gym have no rotational component. 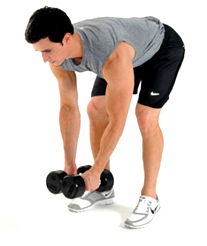 Bending is a movement pattern where you bend your torso by hinging your hips. A very common movement, we use it in our daily lives by picking up a baby off the ground to trying to lift that heavy suit case. Of all the movements listed, the bending movement may be most dangerous given that more than half of adults3 experience low back pain at some point in their lives.

Bearing the brunt of the weight on your hips, glutes, and legs is the key to lifting weight in a bent over position. This is done by keeping your low back in a neutral, to slightly arched position, as you bend over to lift an object off the ground. If you round your back, significant pressure can be put on your intervertabral disks, which may cause a disk herniation. In the BuiltLean Program, we have only a few exercises that require a bending movement pattern; we prefer to use it during the dynamic warm up phase of a workout as it is a high-risk exercise for most people.

Walking, jogging, or sprinting is called a gait, which requires pulling, lunging, and twisting motions to propel the body forward. Whether you are sprinting to catch the train, or walking in the park, gait is the most frequently used of all the movement patterns in our daily lives. At BuiltLean, we consider this last movement pattern as a catch all for dynamic human movement and combinations of movements. For example, jumping, cutting, crawling, and other movements and combinations of movements can be added to this category.

I hope this was a helpful overview that will help you think about exercise in terms of movement patterns, not just muscle groups. Your body will thank you as it becomes stronger, leaner, and better balanced. 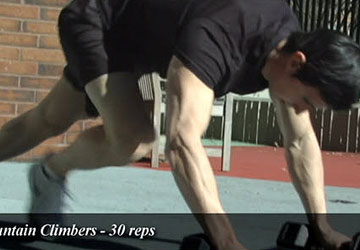 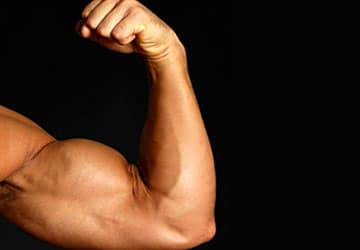 How Many Calories Does 1lb of Muscle Burn? 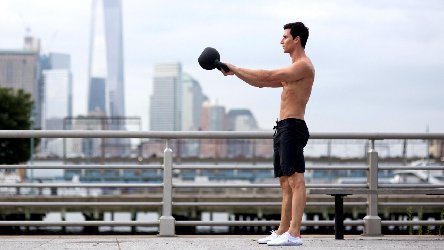 How To Do A Kettlebell Swing With Perfect Form 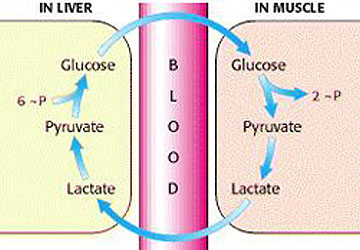 Does Lactic Acid Build Up Cause Muscle Burn? 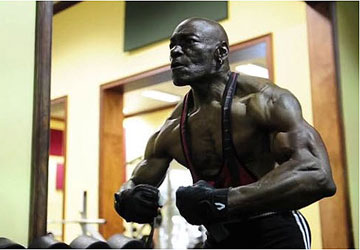 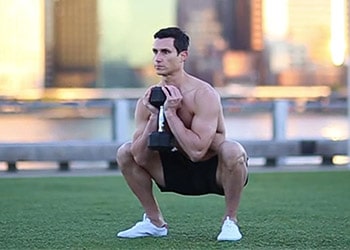 Goblet Squats: How to Use Proper Form & Technique