Here are 10 push up variations that range from medium difficulty, to very difficult, as you’ll see with the last push up variation (the Aztec push up). Just giving you some ideas to break up the monotony in the gym and try new things! If you want a primer on push ups, here is How To Do A Push Up With Proper Form. 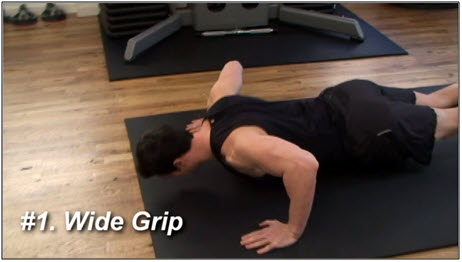 This is a classic push up that is harder than the standard push up because you have less leverage to push yourself up, but it’s a darn good variation. Try starting out with the wide grip push up, then bringing your hands closer in as you go along. In addition, be sure to keep your hands below the plane of your shoulders, and make sure your elbows to not flare out too much. This will help keep the stimulation on your chest, shoulders, and triceps, as opposed to mostly your shoulders. 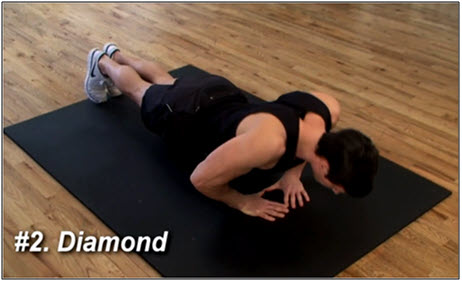 The diamond push up targets your triceps more than any other push up. Like the decline push up, this push up can put a lot of pressure on your wrists. In addition, It can put pressure on your shoulders and elbows. I never do this push up for the preceding reasons, but I wanted to include it because I do know people who do diamond push ups all the time and swear by the benefits. 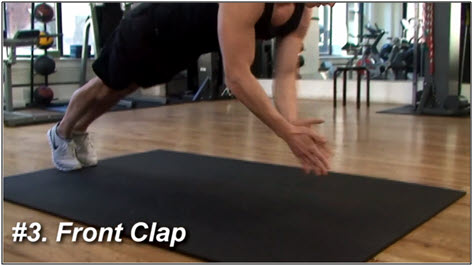 This is the basic military type of push up where you forcefully push your body off the ground so that you clap your hand in front of your body, then go back to the push up position. This push up you can do routinely and will help engage your muscle fibers in your chest, along with help you create more pushing explosiveness. 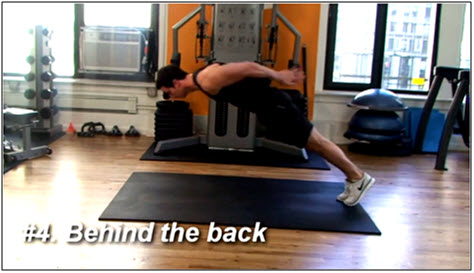 I guess this push up probably makes a better party trick than actual push up you would use, but it does require pretty strong explosiveness, much more than the front clap push up. This is the ultimate plyometric push up, and ideally you should try doing it continuously. I’m not sure you can hear it in the video, but my hands are hitting the ground extremely hard and my wrists are crying. Definitely not something to do regularly, unless you have a softer surface.

One Arm Push Up Variation #5 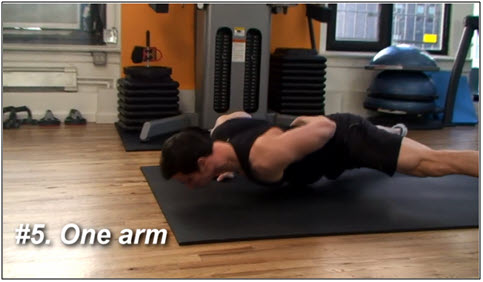 The trick to doing one arm push ups is (1) be really strong compared to your weight and (2) keep your legs as wide as possible for a stable base. I’ve seen some people align the hand that is pushing almost perpendicular to the body, whereas I’m doing it with my hands in a normal push up position. Make sure your shoulders are thoroughly warmed up before trying this push up. It puts A LOT of strain on your shoulders and elbows. 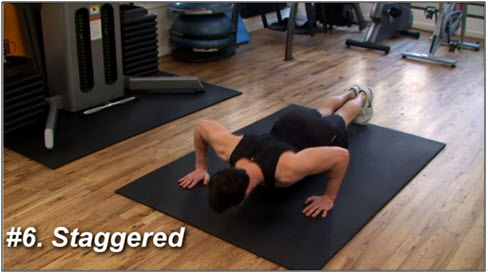 The photo is not a great depiction, but my right hand is about 6 inches higher than my left hand. The lower hand is forced to work harder than the higher hand, which is taken out of the equation. If you can pound out 50 push ups no problem, the staggered push up is a more challenging variation, but you will still feel a great burn in your chest and shoulders. This is in my top 3 variations. 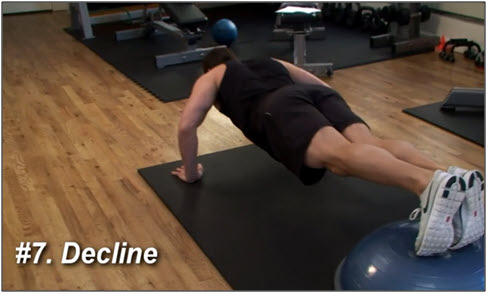 Be careful with your wrists when doing the decline push up, which is a more advanced version of the normal push up with a greater range of motion. I’ve done thousands of these by putting my feet up a couple stairs in my home growing up. Unfortunately, I developed a cyst in my wrist, which became pretty painful and I’m sure the 150 push ups I was doing every day for the last year didn’t help (ok, I know I’m a little crazy). 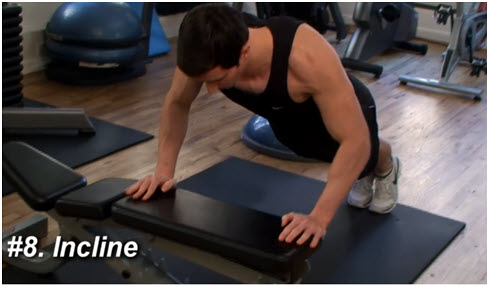 This was supposed to be a spider push up, but somehow we lost the footage. Bummer. The incline push up should really be done against a wider bench, or even against the bar on a smith machine that is set to a couple feet off the ground. The lower the incline, the harder the push up. The emphasis is on your shoulders during this push up and it’s easier than a standard on the ground push up. 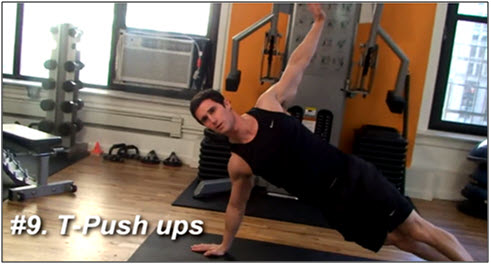 I do T-Pushups as a warm up all the time to help get my shoulders warm and also my core with the twisting motion. Try it yourself. 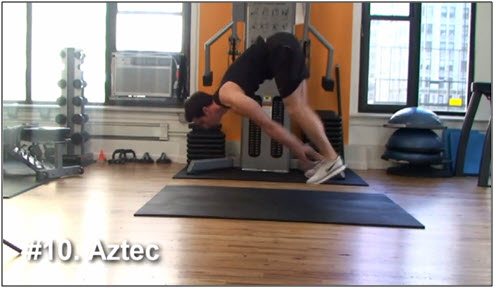 Face plant!!! Fortunately, I didn’t face plant, but the first time I tried this very difficult push up, it was a close call. I saw it on Youtube only a few weeks ago. The little trick I learned midway through trying these push ups in the video (which was the second time I ever tried them), is to push forward with your toes a little bit before you explode off your hands. Obviously, this push up is very hard, so be careful if you try it. You may consider trying to clap your hands against your thighs first, then go for the toes. Be sure to keep your legs as straight as possible when doing the Aztec.

Let me know what you think of this video.

Do you want me to do a 10 Pull-ups Variation Video?