The (New) 5 Food Groups to Get Lean & Healthy

When it comes to losing fat without losing muscle to get that lean, healthy body you want, eating less calories then you burn while controlling insulin levels is critical. So how can you eat less calories than you burn without resorting to calorie counting? How do you know what foods spike insulin levels? What about making sure you’re eating enough protein?

While I’ve pointed out the benefits of the Harvard Healthy Eating Pyramid: Best Nutrition Guide You Don’t Know About, which I think is a solid framework for the general public, I wanted to take things a step further for you more advanced fitness devotees by introducing you to a conceptual framework I personally use and many natural bodybuilders, fitness models, and some sports nutritionists use as well, but it’s not mainstream at all.

This conceptual framework is based on 5 food groups, but they are different from the five food groups you probably know.

The traditional food pyramid separates out food groups based on their basic properties: 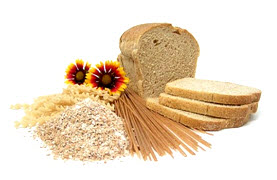 Any food made from wheat, rice, oats, cornmeal, barley or another cereal grain is a grain product. Grains are divided into 2 subgroups, whole grains and refined grains. Whole grains contain the entire grain kernel — the bran, germ, and endosperm whereas refined grains have been milled, a process that removes the bran and germ.

The meaning a vegetable is largely based on culinary and cultural tradition, but usually it means an edible plant, or part of a plant other than a sweet fruit, or seed. Vegetables are further divided into 4 sub-groups:

The non-technical meaning is a structure of a plant that contains seeds and is sweet and edible in its raw state. 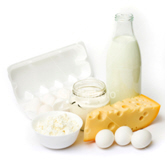 Milk is an “opaque white liquid produced by the mammary glands of mammals”. Now that sounds appetizing. Milk contains all essential amino acids. 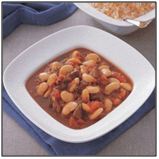 Wait, didn’t we just say beans are a vegetable? Well, according to the USDA, they are in the Meat & Beans group too because they contain some protein. I don’t know about you, but I’m already starting to get confused. Meats include fish, beef, chicken, pork and other wildlife.

Finally, there is “Fat”, or oils, which are technically considered a separate food group, but few people acknowledge this.

For example, protein (4 calories per gram) helps repair body tissue such as muscle, ligaments, organs. Carbohydrates (4 calories per gram) provide energy for your body and effect your insulin levels, which in turn directly affects your ability to lose fat. Because eating the right amount and type of carbohydrates is so important for losing fat, carbs are split into three sub-categories, fibrous, starchy, and simple. And finally you have fat, which contains 9 calories per gram, more than double protein and carbs! Dietary fat provides energy, helps maintain proper hormone function, and helps carry vitamins to a name a few of its benefits.

So now, wouldn’t it make sense to group foods based on their macronutrient profile, or roughly how much protein, carbs, or fat they contain? I think so!

Here are the “new” five food groups, which have been used by natural bodybuilders, fitness models, and sports nutritionists for years:

Lean proteins includes any type of protein that has all 8 essential amino acids and is low in fat such as lean meats (fish, chicken, turkey etc.) and low fat dairy.

Any food that has a relatively high amount of carbs, lower in protein, fat, and sugar is considered a “starchy” carb. Foods include cereals, bread, potatoes, legumes (beans), pasta, rice, and orange veggies like squash. This is similar to the grains category in the USDA pyramid, but with orange veggies and beans thrown in.

Notice how beans are not considered a lean protein, based on their macronutrient profile. Most starchy carbs are rated medium to high on the glycemic index, which rates carbs according to their effect on blood-glucose levels. Starchy carbs are sometimes referred to as “fattening” carbs, but this is a stretch in my opinion. People who follow the Paleo diet (caveman diet), or Atkins diet eat almost no starches. As I’ve said before, I eat a moderate amount (40%-50% of my calories) of natural carbs.

Fruits, soft drinks like Coke, or sugary foods like a Snickers Bar are considered simple carbs. Of course, fruit is healthier than a candy bar because of the vitamins they contain AND because they typically have a lower insulin effect (fructose vs. sucrose), but all sugary substances go in this category. The molecular structure of “simple” carbs food is less complex than that of starches for example, which is why they typically spike insulin to a greater degree. Of course, I don’t recommend eating anything other than fruits as your source of simple carbs.

If a food derives most of its calories from fat, you can definitely put it in the “fat” category. Avocado, even though it’s technically a fruit, is not a simple carb at all, because it’s mostly fat (75% of calories!).

Fatty meats like bacon and deep fried chicken go in the “fat” category, not the protein category. Did you know a 6 ounce 80/20 hamburger, marked as 80% lean, 20% fat, really has 30 grams of fat, which is almost 60% of calories coming from fat? Other fats include butter, oils, nuts, and hummus, which contains about 40% of its calories from fat.

The limitation to this framework is that these five food groups do not necessarily provide the right nutrients to your body if you don’t eat at least some variety in each category, and some of the foods can be arguably be in 2 groups, like hummus, which can be a starch, but still has 40% of calories from fat.

I would love to hear your thoughts. Do you think these 5 food groups make more sense to you than the USDA five food groups? Is this even more confusing?