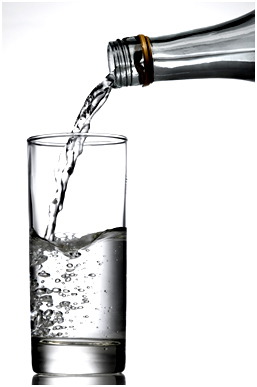 “How much water should you drink in a day?” is a simple question with a not so simple answer. There is surprisingly little scientific research on water requirements, and health experts’ recommendations also seem to vary considerably.

However, it is clear that optimal water intake varies depending on age, gender, activity level, diet, exercise habits, environment, body size and composition and goals. There are special populations, such as people with liver and kidney disease, who need to limit water intake.

Should I Really Drink 8 Glasses of Water A Day?

In 2004, the Institute of Medicine for the National Academies published reference intakes for water, sodium, potassium, chloride and sulfate.2 Although this report did not specify exact requirements for water, it did make the general recommendation of 2.7 liters (or 97 ounces) of water for women and 3.7 liters (125 ounces) for men. These numbers include water from food (about 20% of total water intake) and beverages (about 80%).

The common recommendation of 8 glasses of 8 ounces of water per day is simple and provides a good starting point for most people, though there is no scientific evidence behind this guideline. This recommendation is, however, less than the Institute of Medicine’s guidelines.

Another idea is to adjust water intake depending on urine quality. If a person is adequately hydrated, his or her urine should be pale yellow. Dark or very yellow urine signifies dehydration. The problem with this recommendation is that there are other things (like vitamin supplementation) that can change the character of urine.

A significant number of experts recommend allowing thirst to guide fluid intake. This makes sense on the surface, as our bodies have developed very complex mechanisms to control our fluid balance, and when there is not enough fluid, we get thirsty. When adequate fluid has been reintroduced, we stop being thirsty. However, adequate is not the same as optimal, and in the absence of a good reason not to (like severe kidney disease), it makes sense to drink more water (as well as other calorie-free beverages) than thirst would have you doing.

Drink More Than What “Thirst” Tells You

So, How Much Water Is Enough?

Much as I suggest that a person who wants to lose weight should track calories for a week before making any changes, I think it makes sense to see how much water you are drinking now before trying to increase intake. You may find you already drink enough water.

At bare minimum, I suggest average-sized women and men start with the Institute of Medicine’s recommendation and work up from there. This works out to about 3 liters for men and just over 2 liters for women. If you are engaging in exercise, the American College of Sports Medicine recommends drinking 17 ounces before activity and as much water as is tolerated during activity.3 4

If weight loss or maintenance of a weight loss is a goal, adding 8-16 ounces of water before meals is a good idea. This adds up to another 65 ounces, or about 2 liters.

In summary, I recommend active men should strive for at least 5 liters (around 1 1/3 gallons) and women at least 1 gallon per day. Some may argue that this is on the high side, but given the health benefits of water and its lack or adverse consequences in healthy people, it is better to err on the side of too much than too little.