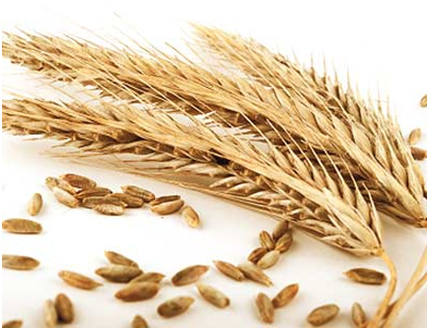 Grain-bashing and anti-wheat sentiments seem to be all the rage these days. It’s not much of an exaggeration to say some people think grains are the cause of all of society’s ills.

In this article, we will examine both sides of the argument, who is making the arguments, what the evidence says and finally, why it doesn’t matter in the real world.

The USDA defines grains as: “Any food made from wheat, rice, oats, cornmeal, barley or other cereal grains.” Examples are bread, pasta, oatmeal, breakfast cereals, tortillas and grits. Whole grains contain all parts of the kernel, including the bran, germ and endosperm. Refined grains undergo a process that removes the bran and the germ.

Grains Are Bad For You – The Anti-Grain Argument

Here are a few of the arguments the anti-grain camp make, though the list of grains’ purported evils is much more extensive:

Grains Are Healthy – The Pro-Grain Argument

You can see that the claims are often completely contradictory.

Who Believes Grains Are Bad For You?

On one hand, there are well-respected and knowledgeable PhDs, medical doctors and dietitians who believe that grain consumption is detrimental to health. In researching the anti-grain argument on the web, however, it became very clear that many of the websites bashing grains were personal blogs and group web pages run by people with little to no scientific background or training. This doesn’t discredit them automatically, but brings up an interesting point. I found that scientific support of their conclusions was either lacking, or taken from bits and pieces of different research papers (mostly out of context) and combining it with theory.

Who Believes Grains Are Healthy?

This group of people was made up mostly of physicians, epidemiologists (people who study the patterns, causes and effects of health and disease conditions in defined populations) and researchers. Cites and sources espousing the benefits of grains include the Mayo Clinic, Centers of Disease Control and Prevention, National Institutes of Health, and the Harvard School of Public Health. Their stance is backed by large volumes of peer-reviewed literature, including huge review studies examining thousands and thousands of people. Could all of these establishments be misguided or part of a larger conspiracy as the anti-grainers would have you believe?

It is not out of the realm of possibility, and certainly it is possible that the research doesn’t tell the whole story. Take fat, for example. Until relatively recently, the traditional medical establishment viewed dietary fat as the cause a host of diseases and encouraged people to essentially avoid it at all costs. This turned out to be inaccurate, so it is important to look at the bigger picture and take all research with a grain of salt.

So, Should You Eat Grains?

Let’s look at this in the real world, using a patient of mine to illustrate my point. I saw a woman who underwent extensive allergy testing. She came into my office with a list of 32 foods she was “allergic to.” One of them was garlic. She explained that she had been eating garlic her entire life without noticing any negative consequences. After getting the results, she completely eliminated garlic from her diet for 30 days and noticed no change in anything.

She asked if she could start eating it again. I said yes. And here is the problem with tests like that- just because you are technically “allergic” to something may or may not have any real-world relevance. If a food turns up positive but you suffer no ill effects from consuming it, then what does eliminating it do? On the other hand, if eating a particular food makes you feel sluggish or sick, or makes you retain water, are you going to continue eating it because your allergy test came up negative for that food? I hope not.

What do you think? Are grains healthy, or bad for you?