How to Have A Huge Thanksgiving Feast Without Gaining Fat

No matter how healthy you keep your diet, we all have those days where things just don’t go our way: on vacation, at weddings – sometimes, just because it’s Saturday. We end up drinking way too much, and on top of that, eating chili cheese fries with bacon at 3AM.

While some of these times creep up on us, some we know ahead of time will be full of “over-indulgence.” No matter which it is, there are a few things you can do in order to minimize the damage it does to fat loss.

Of course, eating or drinking too much is never beneficial – and alcohol especially is a real diet killer. With that said, there are some strategies that allow you week-to-week to at least break even from a crazy night how. However, the strategies discussed in this article are not to be abused, but are specifically designed to help you bounce back from an occasional “over-indulgence” while continuing to see fat come off.

5 Methods for Managing a Huge Feast (or Big Night Out)

Of the five methods, the the first three methods deal with manipulating the fuel sources to ensure the smallest fat gain. The last two deal directly with minimizing the effects of a hangover so that you can get back to working out faster. No matter which you choose, it should help ensure that if you do have a night of too much intake, you won’t ruin all of your weight loss efforts.

This first method is the one I use for Thanksgivings. By far my biggest indulgence day of the year, it starts with going out and partying on Thanksgiving eve and ends with me eating a whole tray of gluten-free lasagna with at least 4 pounds of cheese, turkey, mash potatoes, sweet potatoes and soda. In other words, there’s “some over-indulgence.”

So, for the four days leading up to Thanksgiving, I eat minimal amounts of carbohydrates, typically under 30 grams per day. At the same time, I perform 2 total body workouts, a strenuous/steady state cardio session, and another full body workout. By incorporating both the low-carb eating and glycogen (your body’s energy stores) depleting workouts, I allow myself to be in optimal fat-burning mode, while allowing for my body to soak up the extra calories by replacing glycogen first.

This allows for a glycogen super-compensation effect to occur, where your body can store up to 1.5 times the normal amount of glycogen as it normally does.1 In addition, your body will continue to utilize fat as energy while your body replaces its stores of glycogen first.

Alcohol has been shown to deepen ketosis, so make sure you only use this technique if you’re going to be over-indulging in foods and not just alcohol.2 Also, if you’re going to do this, I would suggest eating a good amount of protein and a small amount of carbs before drinking.

Another way to manipulate a lower glycogen level is to do a fast, feast, fast. This will control overall calories for the course of the week and therefore should limit fat being stored.

The “fast” day will generally consist of having about 1,200 calories of food, from a small amount of fat (about 20 grams), 50 grams of carbs, the rest being from lean protein sources. The Feast day will start with eating a more balanced breakfast – think fruit and eggs, and continuing to eat healthy during the day. The Feast portion will happen with the alcohol and any other food consumed at night, so that I’m definitely upping my calorie intake.

The following day’s food consists of almost nothing except have a couple of protein shakes with some organic coconut oil.3 In addition to that, adding a couple of strenuous workouts two days before the feast and if you can, the morning of. The Fast/Feast/Fast is not an ideal strategy for adding muscle, but as stated, can be useful for keeping your total calorie count down and, therefore fat gain over the week down.

Popularized by Martin Berkhan at Leangains.com, he says this method can be used once per week while continuing to see fat loss.4 His recommendation, which I’ve used, consists of once again limiting the direct fat mechanisms by limiting fat to 0.1-0.2 g per pound of body weight and carbs to about 0.6-0.8 g per pound of body weight. So for a 150-pound person, that would be about 15 grams of fat and 90-120 grams of carbs the day of the “crazy night.” As for the protein, he suggests eating as much as you want, “ad libitum.” He also recommends, while out, to go with the lower carb alcohols such as clear liquors, diet sodas, dry wines, etc. This method will help to minimize fat gains from the “over-indulgence.”

When it comes to alcohol, there are a number of factors that affect how it “hits” you and hence, the potential for a hangover the next day. The obvious factors are your weight, sex, and whether or not you have food in your stomach. Therefore, in general, the more you weigh and if you’re male, the less impact a drink will have on you. Also, if you’ve eaten a meal prior to drinking the alcohol, the alcohol will not hit your system as quickly and can act as a buffer.

In addition to those factors, the type of alcohol you drink, and whether or not you mix alcohols, will also have an impact on how you feel the next day. For example, carbonation tends to allow alcohol to enter your system quicker. Therefore, if you’ve ever heard the saying, “Beer before liquor, never been sicker,” it’s because the carbonation in the beer followed by the alcohol will allow the alcohol to hit your system quicker than when drank alone.

Also, darker alcohols such as whiskey, bourbon, and red wines tend to have more congeners.5 Congeners are by-products in the fermentation of the alcohol that add to the taste of the alcohol, but include small amounts of other chemicals such as acetaldehyde and acetone that can add to more unpleasant hangovers. In general, the more expensive alcohols are due to the quality of the ingredients, along with the different fermentation and distillation processes. For example, Cuervo gold is 51% Agave (what tequila is made from) and 49% fillers, while Patron is 100% Agave, with less fillers.6 If you have an option, go with the better quality alcohol.

First, what is drinking wisely? It’s drinking enough water so you get over any dehydrated effects of the water-loss from drinking. Having the “tail of the dog” or coffee will not help with curing the hangover any quicker.

With that said, what will help with a hangover when it comes to foods? Foods that help with electrolyte imbalances incurred from the drinking, such as those with sodium and potassium (think a half of an avocado with some sea salt on top), will help you to recover from the dehydration standpoint. Also, foods high in choline (which basically means over-easy eggs), may help your liver recover from the heavy drinking.

Also, a multi-vitamin with adequate amounts of B-Vitamins and Vitamin C will help to replace some that were used in helping your body get rid of the alcohol from your body. Also the amino acid cysteine, also found in whey protein, is hypothesized to help with glutathione levels. Glutathione is your body’s main water-based anti-oxidant and becomes depleted in your liver with heavy drinking.7 With the eggs and the whey protein, you give yourself an upper hand with giving your body the nutrients it needs to bounce back from a “crazy night.”

How To Have A Huge Feast Without Gaining Fat: Don’t Go Too Crazy

Although heavy drinking and eating should obviously not be something you do often if you are trying to lose fat, we’re all human and will inevitably have some days where sticking to our normal diet just is not going to happen. Hopefully these 5 strategies will be helpful when you know you’re going to be a little bit crazy and don’t want to see your fat loss for the week fall completely by the wayside. 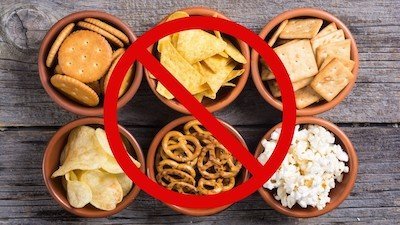 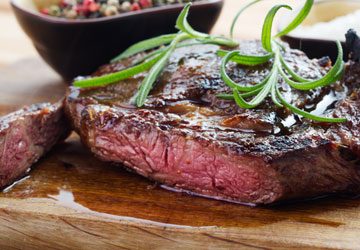 Top 5 Leanest Cuts of Beef: Which is Best to Eat? 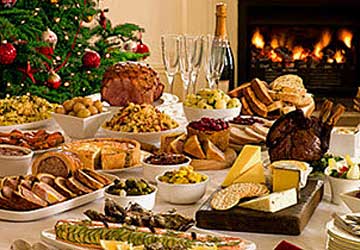 Nutrition Tips for the Holiday Season 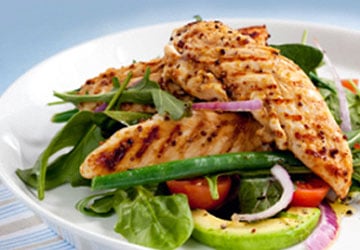 Consider A Lean and Green Dinner for Fat Loss 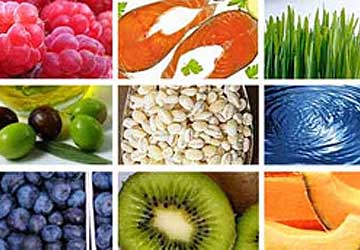 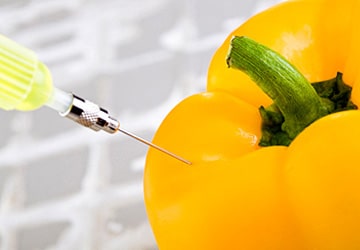