Nate Morrow Contributor
Articles » Nutrition » Healthy Eating Tips » What Are Electrolytes… And Why Are They So Important?

What Are Electrolytes… And Why Are They So Important? 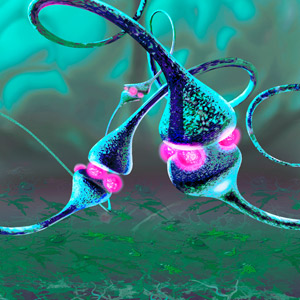 Ever stopped and wondered while chugging your favorite sports drink ,“What the heck are electrolytes, anyway?” We all know they’re important for hydration, especially in athletics, but why? Aren’t they just salts?

In terms of how our bodies function, electrolytes are anything but “just”…

Your body is a complex and carefully-balanced superhighway of cells, tissues, and fluids that, almost every second, directs an incomprehensible array of electrical impulses. This is only possible because those cells, tissues, and fluids thrive in a homeostatic environment where they conduct electricity well enough to carry the signals to their intended destinations.1

The key to maintaining this conductive superhighway lies with our friend: the electrolyte.2

When dissolved in fluid, salts tend to break apart into their component ions, creating an electrically-conductive solution. For example, table salt (NaCl) dissolved in water dissociates into its component positive ion of sodium (Na+) and negative ion of chloride (Cl-). Any fluid that conducts electricity, such as this new saltwater solution, is known as an electrolyte solution: the salt ions of which it’s composed are then commonly referred to as electrolytes.

There are several common electrolytes found in the body, each serving a specific and important role, but most are in some part responsible for maintaining the balance of fluids between the intracellular (inside the cell) and extracellular (outside the cell) environments. This balance is critically important for things like hydration, nerve impulses, muscle function, and pH level.

An electrolyte imbalance, whether too much or too little, can be quite detrimental to your health. Muscle contraction, for example, requires calcium, potassium and sodium; deficiency may result in muscle weakness or severe cramping. Too much sodium, on the other hand, can cause high blood pressure and significantly increase your risk of heart disease. Don’t get too worried about maintaining your electrolytes; luckily, electrolyte levels are mostly determined by food and water consumption so keeping the right balance simply comes down to proper nutrition.

Now let’s take a look at the seven major electrolytes found in the human body to get a better idea of what each does and why it’s important.

Here’s a closer look at the 7 major electrolytes:

An essential electrolyte for humans, sodium is responsible for controlling the total amount of water in the body. It is also important for regulating blood volume and maintaining muscle and nerve function. Sodium is the major positively-charged ion (cation) outside your body cells and is mostly found in blood, plasma, and lymph fluid. This creates one-half of the electrical pump that keeps electrolytes in balance between the intracellular and extracellular environments (i.e., sodium outside of cells and potassium inside of cells).3

Most sodium comes from consumption of sodium chloride (table salt) in the diet. The minimum requirement for the body to function properly is 500mg per day with a recommended intake of 2.3g, but Americans typically consume 3.4 g per day – an amount shown to cause hypertension and increased risk of heart disease.

An excess of sodium in bodily fluids is called hypernatremia and generally comes from having too little water in the body – you’re likely more familiar with it called dehydration. This can lead to weakness, lethargy, and in severe cases seizures or coma.

Too little sodium is called hyponatremia and is the most common electrolyte disorder in the United States. Often caused by severe diarrhea or vomiting, symptoms may include headache, confusion, fatigue, hallucinations and muscle spasms.

The major negatively-charged ion (anion), chloride is primarily found in extracellular fluid and works closely with sodium to maintain proper balance and pressure of the various fluid compartments of the body (blood, inside cells, and the fluid between cells). It is also vitally important for maintaining proper acidity in the body, passively balancing out the positive ions of blood, tissue and organs.

Like sodium, most chloride is obtained through salt in the diet.

Chloride toxicity (hyperchloremia) and deficiency (hypochloremia) are both rarities, but can occur due to other electrolyte imbalances. Symptoms may include respiratory difficulty and pH imbalance.

Whereas sodium is mainly found outside cells, potassium is the major cation inside cells and is hugely important for regulating heartbeat and muscle function. It forms the other half of the electrical pump that keeps electrolytes in balance and allows conductivity between cells, also making potassium a critical part of neuron transmission.

For the most part, potassium toxicity in the body (hyperkalemia) is fairly rare, but can be fatal if not treated quickly, causing irregular heartbeat, paralysis of the lungs, and cardiac arrest. Hyperkalemia is so dangerous, in fact, that it’s purposely induced for lethal injection executions in the United States using a solution of potassium chloride. Potassium deficiency (hypokalemia), on the other hand, is much more common and is, again, often caused by loss of water from severe vomiting or diarrhea. Minor cases may have lesser symptoms like muscle weakness and cramping, but severe cases can be as deadly as hyperkalemia and must be treated immediately.

If you take into consideration how critical it is to life on this planet, magnesium may be the most under-appreciated mineral in your nutritional arsenal. Not only is it necessary for over 300 biochemical reactions in the body, but it also plays an important role in the synthesis of both DNA and RNA, essential to every cell of every known living organism. The fourth most prevalent mineral in the human body, magnesium helps maintain normal nerve and muscle function, boosts the immune system, maintains stable heart rate, stabilizes blood sugar, and promotes the formation of bones and teeth. Nuts, spices, leafy green vegetables, coffee and tea are all generally good sources of the mineral.

High levels of the magnesium (hypermagnesemia) are relatively rare because the body is very efficient at expelling the excess, making it difficult to consume too much through diet. Magnesium toxicity can occur in cases of kidney failure or excessive supplementation, however, and may lead to nausea, vomiting, impaired breathing or irregular heartbeat.4 Hypomagnesemia (magnesium deficiency) is most commonly found in alcoholics because the kidneys excrete up to 260% more magnesium than normal after consuming alcohol, but the condition can also be caused by simple malnutrition. Symptoms include fatigue, convulsions, muscle spasms and numbness.5

You probably already know that calcium is necessary for the formation of bones and teeth, but what you may not realize is that it’s also critical for transmission of nerve impulses, blood clotting, and muscle contraction. Being the most abundant mineral in your body, about 99% of all calcium is found in the skeletal structure, but your body also needs a balance in the bloodstream and other cells (especially muscle cells). If there is not enough calcium in your blood, it is taken from your bones to supplement the deficiency; left unchecked, this lack of calcium can eventually lead to Osteoporosis.

The recommended calcium intake is 1000 to 1500mg per day to maintain proper levels in the bloodstream and avoid weakening of bones. Hypercalcemia, or too much calcium in the body, is pretty uncommon, but can come from excessive consumption of calcium-rich foods, certain bone diseases or extreme inactivity (e.g., quadriplegic/paraplegic conditions where the bones bear no weight). Symptoms may include digestive problems and nausea in minor cases, but can cause brain dysfunction, coma or even death in extreme instances. Moderate cases of hypocalcemia (too little calcium) may not cause immediate symptoms, but over time can also affect the brain, leading to delirium, memory loss and depression; severe cases may lead to muscle spasms, seizures and abnormal heart rhythms.

Second to calcium, phosphorus follows as the most abundant mineral in your body, 85% of which is found in your bones as phosphate. The phosphate anion works closely with calcium to strengthen bones and teeth, but it is also essential to energy production within cells, necessary for tissue growth and repair, and is a major building block for cell membranes and DNA.

Most people get the correct amount of phosphorus through their diets, but high levels of phosphate (hyperphosphatemia) are not uncommon and generally indicate kidney disease or calcium deficiency. Increased phosphate in the body has also been associated to increased risk of cardiovascular disease. Hypophosphatemia (phosphate deficiency) is much less common, but occurs most frequently in alcoholics and people with Crohn’s or celiac disease. Symptoms of hypophosphatemia include joint pain, weakened bones, fatigue and irregular breathing.

Our bodies rely on a sophisticated buffering system to maintain proper pH levels. Lungs regulate the amount of carbon dioxide in the body, most of which is combined with water and converted to carbonic acid (H2CO3). This carbonic acid can then be quickly converted to bicarbonate (HCO3-), which is the key component in the pH buffer.

When acids build up through metabolic processes or production of lactic acid in your muscles, the kidneys release this bicarbonate (an alkaline solution) into your system to counteract the increased acidity. If your body is becoming more basic, the kidneys will lessen the amount of bicarbonate to increase acidity. Without this system, rapid changes in pH balance could cause severe problems in the body like damaging sensitive tissue around the central nervous system. This bicarbonate buffer is one of the biggest reason our bodies can maintain homeostasis and function properly.

The Balance of Electrolytes

So there you have it – your all-star lineup of electrolytes. As you can see, each plays a critical role in keeping your body running well, but the key thing to note is that they function in a very specific balance. The reason it is so important to know just what electrolytes do is because most people don’t realize that it’s all in the balance.6 Disrupting the equilibrium to either toxic or deficient levels can have disastrous effects. Increasing incidence of hypertension and heart disease all over the world can be attributed to the rising occurrences of sodium imbalances.

Fortunately, now that you know exactly what electrolytes are for and how they should be balanced,
the solution is simple – eat a healthy, natural diet! 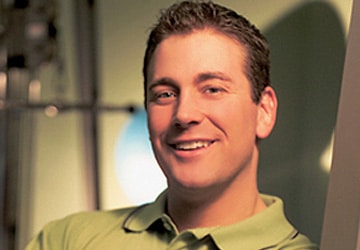 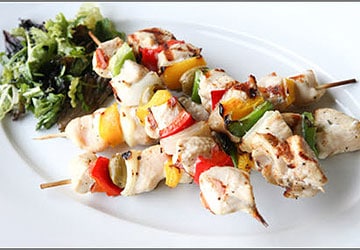 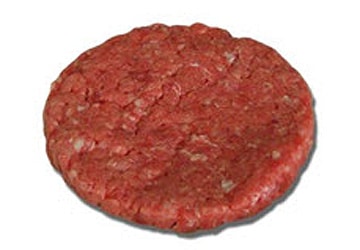 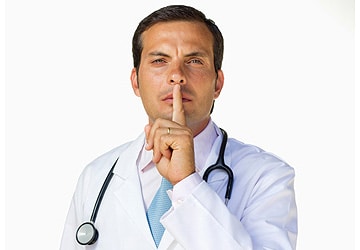 The Diet Industry Doesn’t Want You To Know This 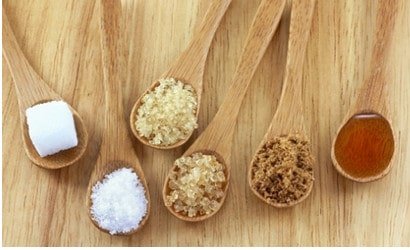 Should I Stop Eating Sugar To Lose Fat & Drop Weight? 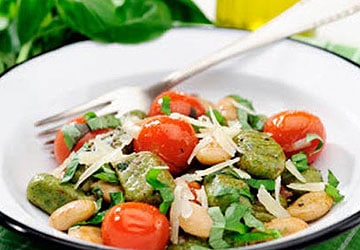